The government’s new tax legislation, which was brought before Parliament last week, envisages more favorable provisions for taxpayers, both private and corporate, to settle their debts with tax agencies.

Under the proposed legislation, which will be debated and voted on in Parliament under fast-track procedures, taxpayers will be offered lower monthly installments of just 20 euros, lower interest rates (from 3 to 5 percent) and bonuses for paying in advance.

Businesses will be eligible to enter a 120-installment debt settlement plan, with strong incentives to reduce interest and penalty charges between 75-95 percent if they opt to pay their debts over a much shorter term (up to 36 months).

The government’s legislation also envisages reductions in the ENFIA special property tax by an average weighted 22 percent, offering a respite to real estate owners in the middle class and owners of lower-valued property.

The ministry said that this plan will be a last chance for taxpayers to settle their debts with favorable conditions; that after completion of this scheme, all future debts will be settled through a permanent debt settlement arrangement.

The arrears owed by taxpayers will be eligible for inclusion in a 120-installment repayment plan for debts incurred up to December 31, 2018.

Additionally, both private and corporate tax debtors, the latter owing up to 1 million euros, can save on the penalties they pay depending on the number of installments they choose to repay their debt. The following percentages correspond to the penalties and interest they could save:

Finally, according to the proposed legislation, the minimum amount of a monthly installment is set at 20 euros, and there will be a suspension of enforcement of claims on debtors’ properties. 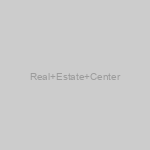